We generally recommend running one instance of Self-hosted Retool and using multiple environments for ease of deployment, management, and upgrades. If you have certain security, compliance, and networking requirements, you can run multiple instances of Retool, each with its own database. 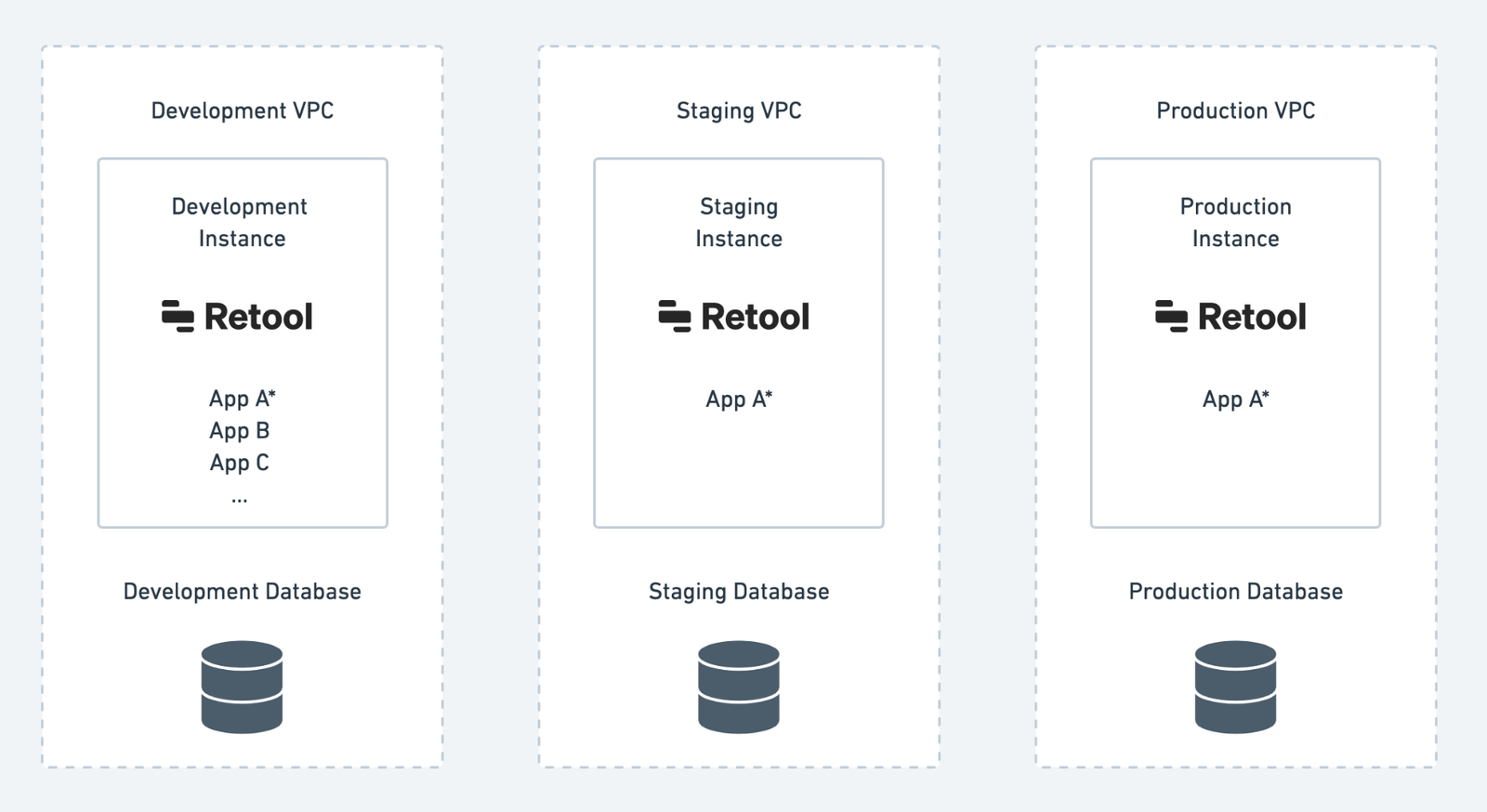 Each separate instance of Retool can be treated as an “environment” in the typical programming context. Developers typically will build in development and staging, and end-users will access apps only in production.

It is also possible to spin up more instances to represent Quality Assurance (QA) or User Acceptance Testing (UAT) environments. There is no limit to the number of separately deployed instances of Retool you can spin up in your organization with a single license key.

That said, running multiple instances of Retool creates some additional maintenance and synchronization overhead! While apps can be synchronized via Source Control features, org settings, groups, themes, and other instance-specific configuration or data must be manually replicated across separate instances. In addition, upgrades should be coordinated across deployments.

Refer to Deploy Retool at scale to learn more about deploying multiple instances of Self-hosted Retool.