We’ve removed the default Retool header from end user mode, giving you full control over your app’s presentation. User-specific actions have moved to a new location, and we’ve introduced a new sticky header frame, along with a Navigation component for building your own custom headers.

If you're currently using the Branding feature, read our migration guide to learn how to start using our improved Header frame. 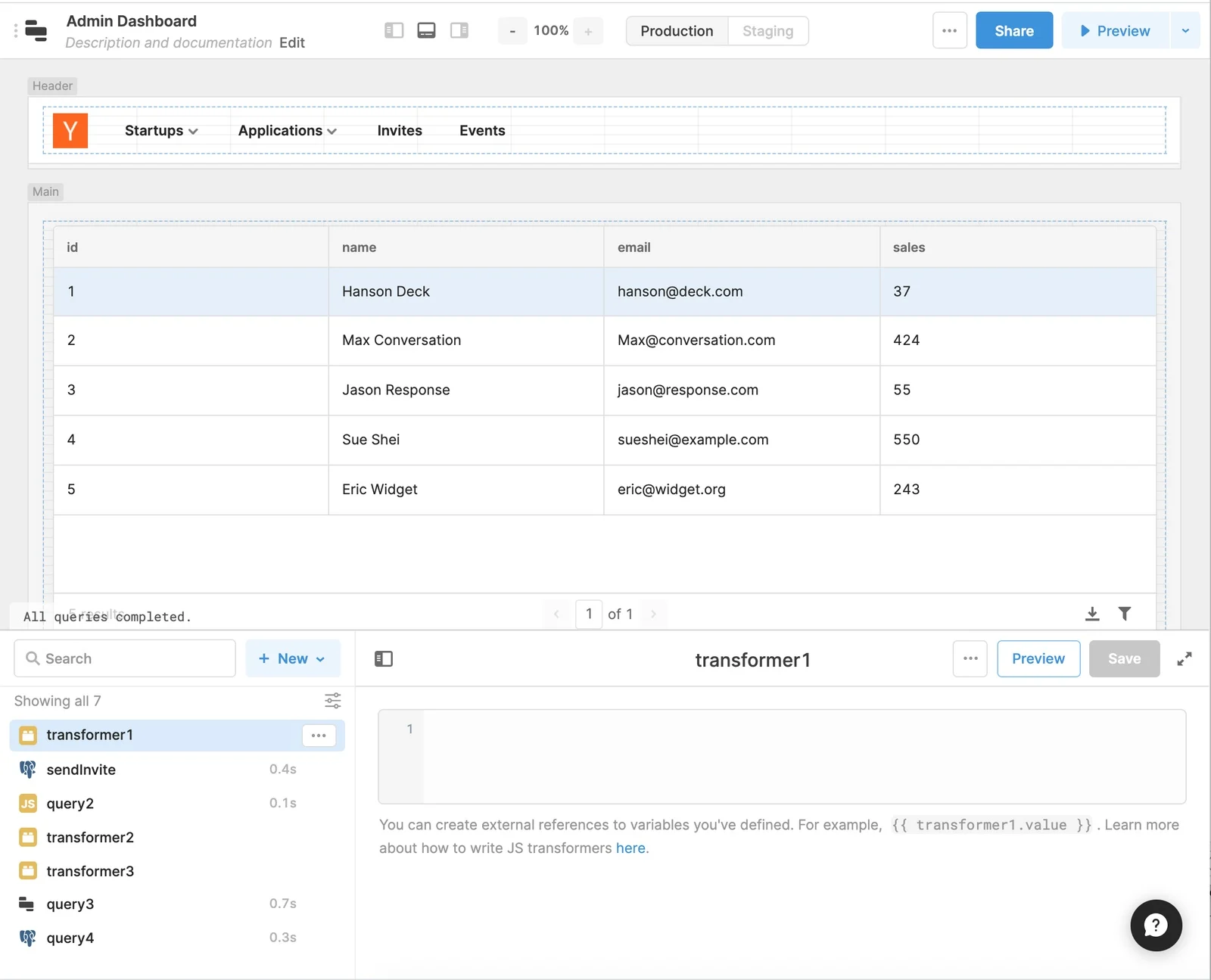 The canvas area is now split into two frames: Header and Main. Put any component into the Header — including the new Navigation component — and your app will have a sticky header.

The new Navigation component allows you to configure a list of menu items and submenus. Each item can open another app, link to a URL, run a query, and more. You can also add a logo, control alignment of the menu items, and style it all via the Style Editor. With modules, you can even reuse your Navigation across multiple apps. 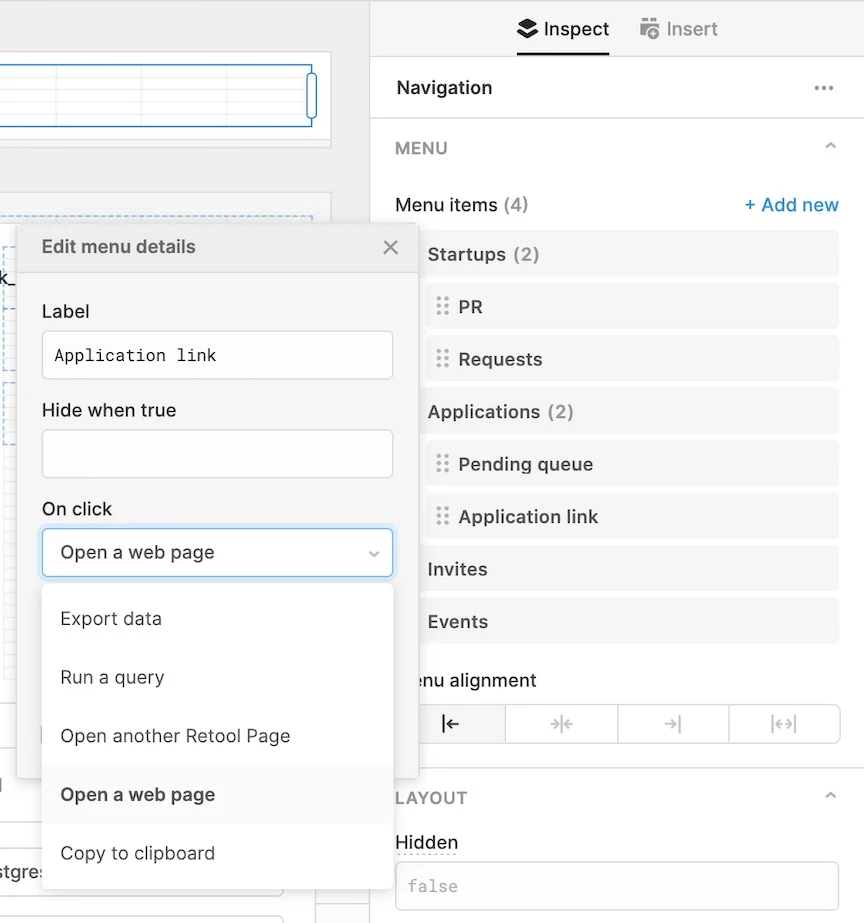 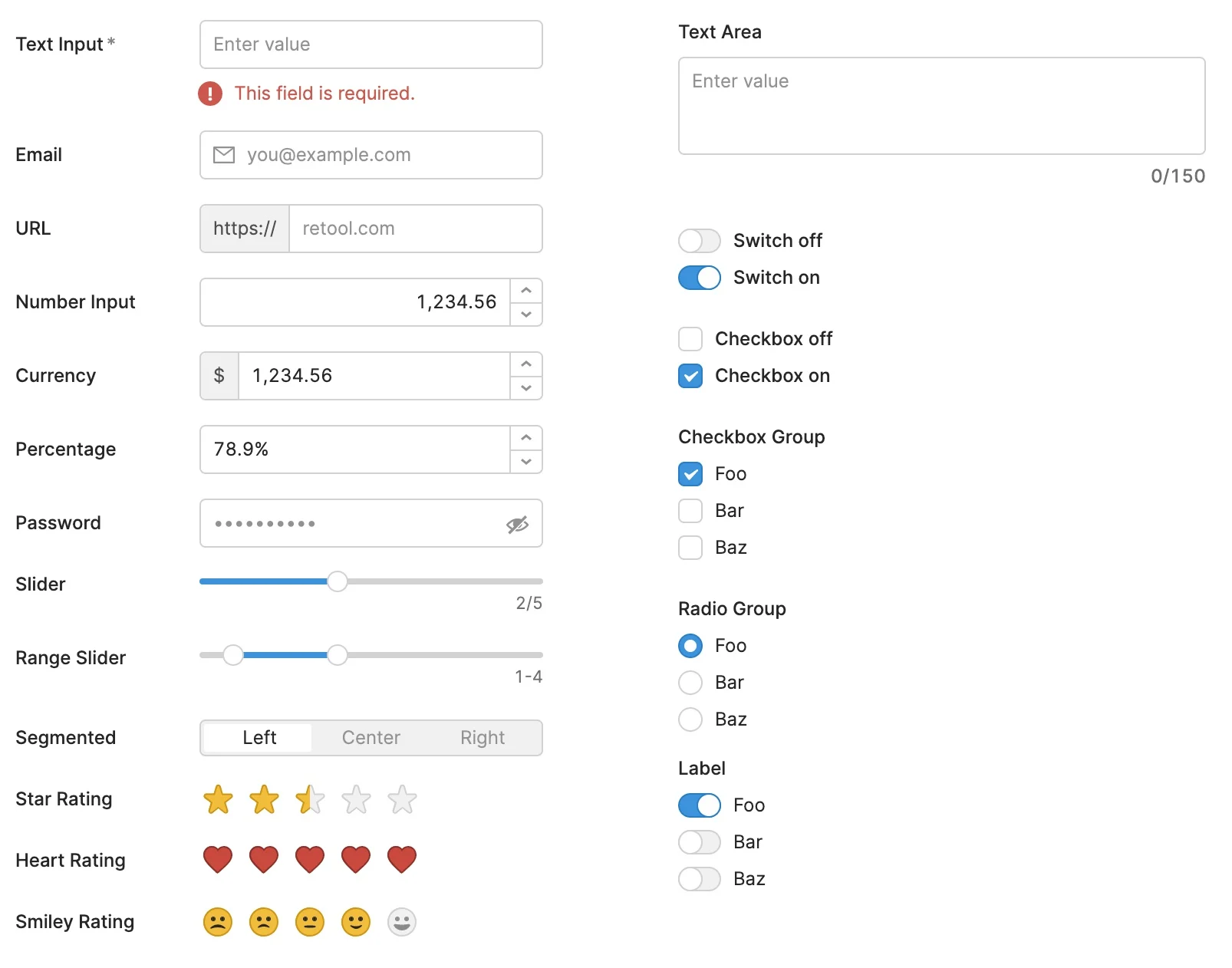 We’re rolling out 15+ input components, redesigned and rebuilt from the ground up. These include a full overhaul of components like Text Input and Checkbox, along with completely new inputs like Segmented Control and Range Slider.

Along with these new components, the grid is also getting major upgrade: we’ve introduced a significantly reduced row height that allows for greater data density and more fine-grained layout control. The height of all new components is automatic and dynamic: growing as you add options to a Radio Group or type in a Text Area, and enabling validation errors to be rendered inline.

These components support their original functionality along with new features like:

You can find all of these components in our new compact and reorganized component list that features improved search. Old versions of these inputs have been deprecated, but existing instances will not be affected. If you want to continue using them, turn on the "Deprecated components" switch on the Beta settings page to see the “Deprecated” section in the components list.

Drop us a note with any feedback (or requests for new components!) at [email protected]

If you're upgrading from the Retool v2.71 series or earlier, note that this release contains database migrations. Please make sure that the migrations run successfully.

If you're upgrading from a different, older version of Retool, please follow the Updating Retool On-Premise guide.