Releases let you version and release application changes. By default, users see the most recent version of your app. However, if you want to lock the version of the app used, you can use the Releases feature. Releases enable you to make changes to your application without affecting your current users.

Releases are only available on paid Retool plans.

To create a release, open your app in creator mode, click the ••• menu, and then select Releases and history. 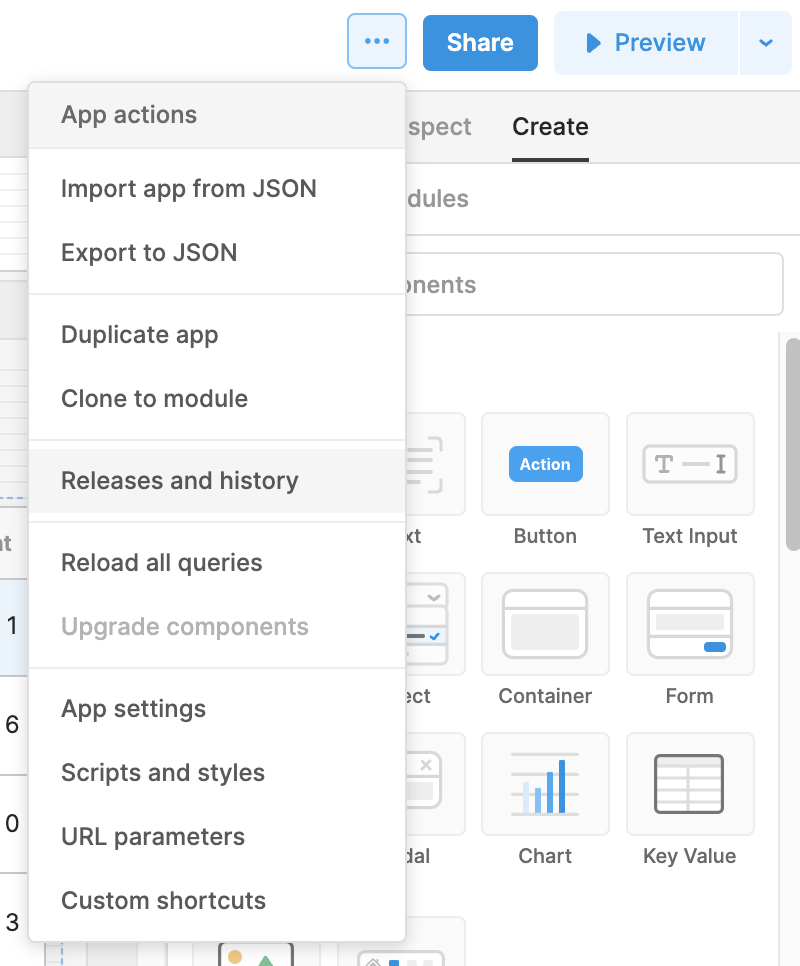 Click Create new to create a release. Add a description, select the release version, and then click Create draft release. You can also select Create and publish if you're ready to share the new version with users. 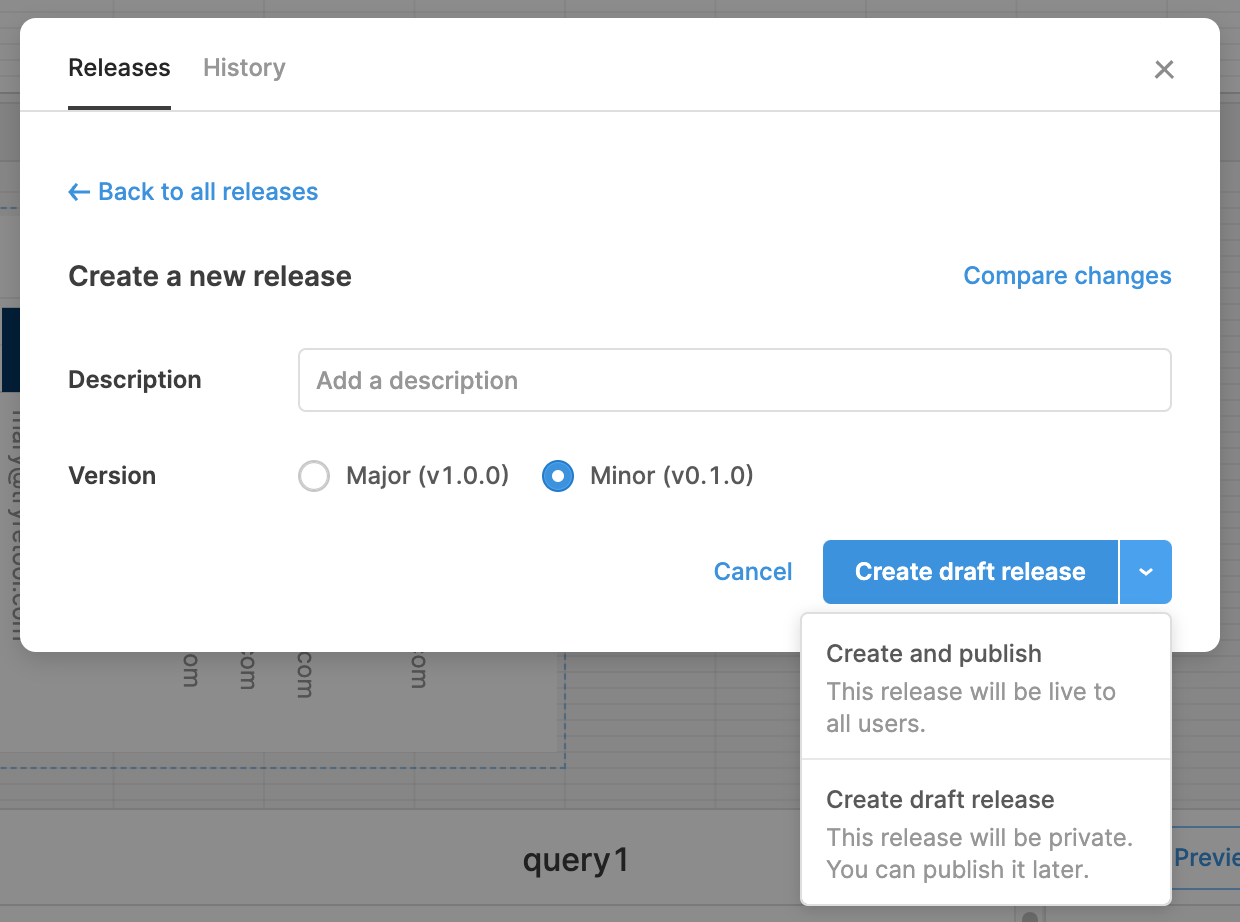 When you create a new release, Retool saves the current state of the app and gives it a version number. Each version state is frozen, and can be set as the published version. A published version is the read-only version your users see.

In the following example, there are two release versions (0.1.0 and 0.1.1). When read-only users visit the page, they see version 0.1.0, since that is the Live published version.

If using the latest release version, the page may change as you edit the app.

Revert an app to a previous version

You can revert to a previous release without having to search through your entire history.

Unless your users are viewing the latest release, reverting to a previous version doesn't change the published version.

To revert to an older release, click the ••• menu next to the version you want to revert to and select Revert to this version. 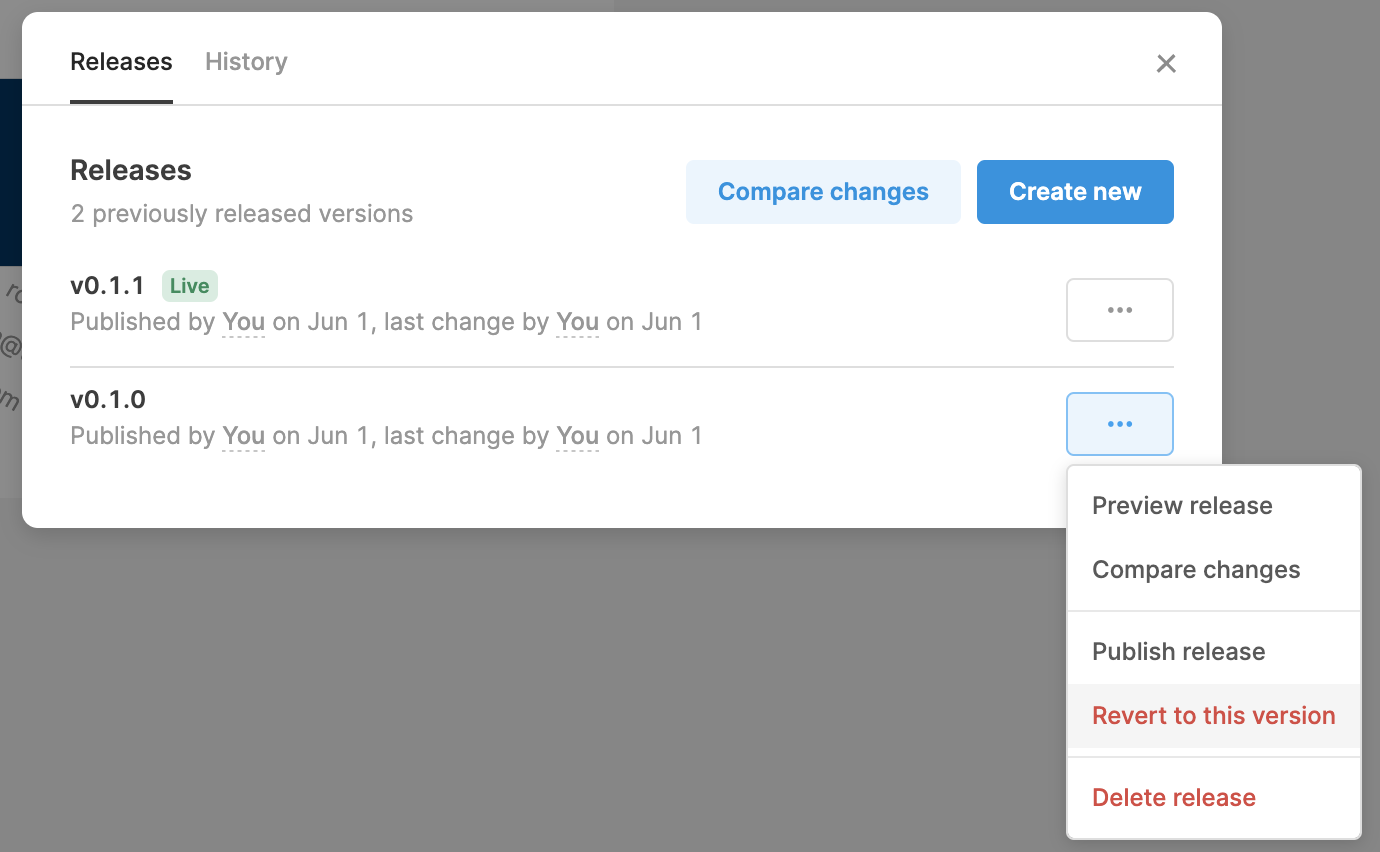 If you no longer need to pin a release, you can unpublish it. After unpublishing, end users see the most recent version of your app as it changes. 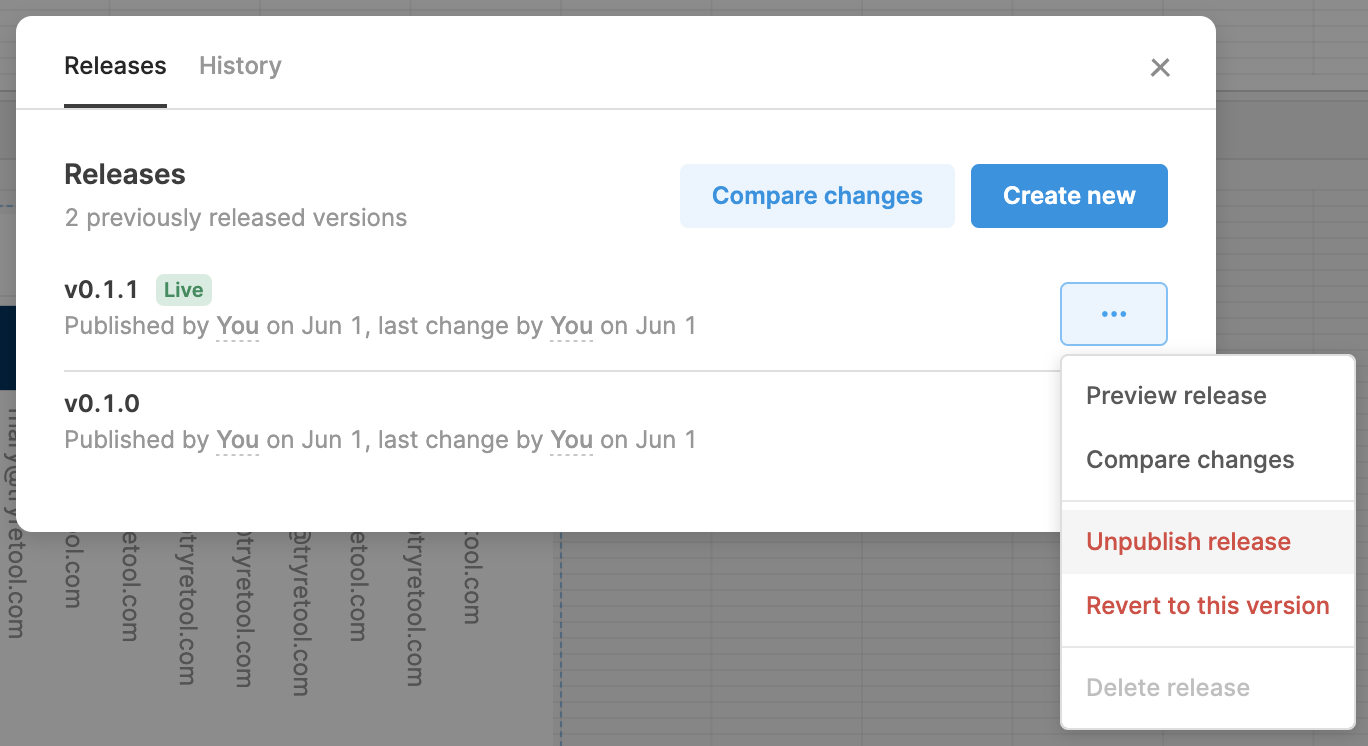 Use Source Control to manage releases

Releases work with Source Control as well but the location of where you create and manage releases is different. Navigate to the Preview mode of your application. In the header, click the version number or Latest to open the Releases modal.

If you deploy multiple Retool instances, use releases on the instance where your end users access apps (usually production). If it's critical for an app to remain stable, you might want to pin a release so you can preview and test changes before making them available to end users.

Did this page help you?